Eat to Live, Do not live to eat! Food belongs to society, not just to us!

Food is an essential part of living. Among all human activities eating undoubtedly has the greatest effect on health! After breathing, eating is what we do most frequently during a lifetime.

So there’s a lot how each and everyone can make a difference. There are a billion online people today (including you) who can make this difference. A billion for a billion!! High time!!
A lot of people, websites and companies are working towards this cause. One such very good initiative taken by an Organistaion 36meals.com(www.36meals.com). Which gives you simple and easy ways to address the issue.
“Food for thought is no substitute for the real thing”
“If we can conquer space, we can conquer childhood hunger”
“Those who wish for a more peaceful, just and
sustainable world, are helping in making,
ending world hunger a major priority.
Together we can end hunger.” 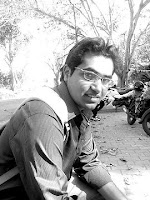